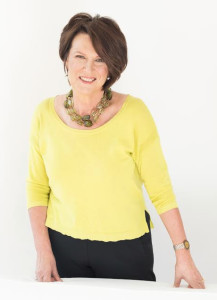 I am a registered Clinical and Counselling psychologist with the Health Professions Council of South Africa. I live and work in Somerset West, a town situated in the picturesque Cape Winelands about 40 km outside of Cape Town. I love starting my days with a walk or run in the area of the Helderberg Nature Reserve. This is usually my time for reflection and meditation while enjoying the mountains, fynbos, trees, occasional encounters with wildlife and glimpses of the ocean.

My career as a psychologist started in schools for children with special educational needs. In 1989, after seven years in various schools, I opened a private practice in Somerset West where the focus is on therapeutic work with people of all ages, including couples and families.

During the mid 1990s my awareness of the pain and suffering of the majority of South Africans was heightened largely through witnessing the political changes in the country and the effects of the stories reported by the Truth and Reconciliation Commission. The fact that my services were limited to middle-class people – who make up less than ten percent of the community – was becoming increasingly burdensome for me. Similarly, I was disturbed by the discrepancy in services available to poor communities compared with those enjoyed by the small middle-class community. But when I volunteered my services to people from disadvantaged communities I was confronted with the effect of the limitations of my training and experience as well as with the isolated, privileged life I lived as a white South African. The nature and extent of the problems confronting people from impoverished communities seemed overwhelming and my attempts to offer effective services felt inadequate.

In 1992 I attended a workshop by Michael White, the Australian family therapist and co-founder of the narrative therapy approach. I was very excited by narrative therapy’s focus on resources rather than deficits. I was also attracted to the way in which narrative therapy takes into account the socio-economic and political contexts of people’s lives and make visible the influence of power-relations. Narrative Therapy provided me with frames I could use to make meaning of some of my personal experiences of oppression as a woman living in a patriarchal society. At the same time I needed ways in which to start making sense of my own position as white Afrikaner who participated in and benefited from the injustices of the apartheid regime. I find narrative therapy a useful frame from which to consider the effects of racism and other social injustices on the lives of the people living in post-apartheid South Africa. Since then, this approach to therapy has become a focus of study and specialization for me.

In 1999 I moved my private practice to my home and started volunteering my services to communities by going to them. As I witnessed the effect of the application of narrative therapy ideas and practices on the communities of clients with whom I consulted, a vision of making these skills and practices available to more therapists within the South African context gradually emerged.

I have developed an expansive training and supervision practice, offering a variety of services both within the academic and professional fields. Colleagues from ethnic and cultural groups other than my own have been my guides into understanding more about their cultures and communities. In the training activities that I organise and present I have developed ways to include the voices of a diverse group of participants and the voices of those with whom they work.

Over the last decade my commitment to social transformation includes an active participation with Afrikaner society through my involvement with the Dutch Reformed Church in leadership positions. I am the chairperson of the Season of Human Dignity, an initiative of the four churches in the Dutch Reformed family.

Since 2005 I have developed collaboration with Norwegian family therapy offices in Trondheim and Stavanger. I have presented workshops and done consultation in South Africa and in Norway. These colleagues have also become involved in various community projects in South Africa which have benefitted significantly from their generous contributions.

The ripple effect of the therapeutic and training work within various communities adds great joy and meaning to my life and practice.

Rates for Board Room at 24 Bright Street

The boardroom has a TV, flip chart with paper and pens, air-con and can seat people. The kitchen is equipped with a coffee filter machine, kettle and mugs as well as glasses and jugs for water.